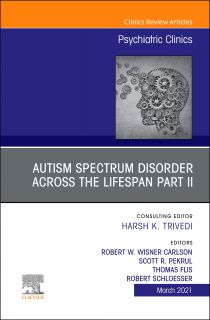 AUTISM SPECTRUM DISORDER ACROSS THE LIFESPAN Part II, An Issue of Psychiatric Clinics of North America