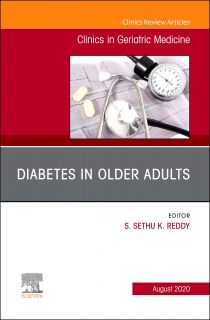 Online file
Skip to the beginning of the images gallery

Diabetes in Older Adults, An Issue of Clinics in Geriatric Medicine

Author
Edited by S. Sethu K. Reddy, MD
Be the first to review this product
ISBN
9780323760638
16-07-2020
PRODUCT DESCRIPTION
This issue of Clinics in Geriatric Medicine, edited by Drs. Dan Blazer and Susan Schultz, will cover a number of important aspects of Geriatric Psychiatry. Topics in this issue include, but are not limited to: Delirium in the elderly, Depression and cardiac disease in later life, Schizophrenia in later life, Anxiety Disorders in later life, Neurological changes and depression, Behavioral Changes with Alzheimer's Disease and Vascular Dementia, Palliative Care in Dementia and Chronic Mental Illness, Collaborative Care for the elderly with psychiatric disorders, and Post Traumatic Stress Disorders in the elderly.
ADDITIONAL INFORMATION
PRODUCT'S REVIEW
Write Your Own Review
Only registered users can write reviews. Please Sign in or create an account