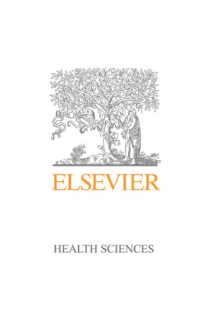 Electronic book text
Skip to the beginning of the images gallery

Obsessive Compulsive and Related Disorders, An Issue of Psychiatric Clinics of North America

Author
By Wayne K. Goodman, MD
Be the first to review this product
ISBN
9780323323420
28-09-2014
PRODUCT DESCRIPTION
Neurotransmitters in the brain are the current focus of obsessive compulsive disorders to better address the approximately 2.5 million people in the United States diagnosed with OCD. As seems the way of psychiatry practice, a disorder is viewed and treated from one perspective for a period, then a new perspective is in the forefront. Such is the case with obsessive compulsive disorders, originally treated as a behavioral problem with psychotherapy, now considered a brain circuitry disorder that can be treated with psychopharmacotherapeutics. This issue contains topics that focus on neuroscience of the brain and genetics in relation to OCD, providing the psychiatrist a comprehensive review of the current thought, approach, diagnosis, and treatment related to OCD and its related disorders. Topics include: Etiological hypotheses of OCD - molecules to circuits; Models of obsessive compulsive and related disorders; Cognitive neuroscience of OCD; Genetics of obsessive compulsive and related disorders; Tic disorders - spearate or related disorder; Pediatric acute-onset neuropsychiatric syndrome (PANS); Body dysmorphic disorder; Trichotillomania; Hoarding disorder; Pharmacotherapy; Device based interventions; Cognitive behavioral therapy for OCD.
ADDITIONAL INFORMATION
PRODUCT'S REVIEW
Write Your Own Review
Only registered users can write reviews. Please Sign in or create an account