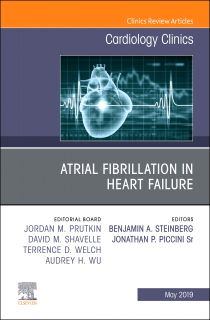 Atrial Fibrillation in Heart Failure, An Issue of Cardiology Clinics